In December 2021, we celebrated RG’s third annual We Are Human Week - a global event which gives centre stage to one of our most cherished values.

The week was an opportunity for us to collectively support community causes, and come together to celebrate our diverse culture and all of the things that make us human.

Whilst some events were postponed until the New Year, much of what we had planned went ahead, through mostly virtual delivery. And in this update, we’ll take a look at what happened, and where.

On the 9th Dec, our Multicultural Network hosted a discussion on ‘Sharing how you Celebrate’ which brought together RG’ers from across the globe to share their favourite celebrations. It was a lively discussion, beautifully facilitated by RGers with plenty of new faces contributing.

Next up, our LGBTQIA+ Network led and shared a discussion with Dr. Kyle Schultz on ‘Holiday Season self care and the LGBTQIA+ Community’. The conversation navigated some of the common wellbeing issues faced by many in the build up to Christmas and the New Year, and gave sound practical advice for looking after yourself and others during what can be a stressful time of year. There was also a fundraising element, with RG donating $10 to the Trevor Project for every person who engaged with the content to support their vital work providing crisis support services for LGBTQ+ youth in need.

On the 12th of Dec, Brendan Littlechild from Revolutions Australia hosted a virtual ‘lunch and learn’ session about Reconciliation Action Plans and Indigenous Employment with our Australian colleagues. The session was very much an introduction into what is a large and important topic, and one that we’ll hopefully be learning more about in 2022.

There was also a Christmas quiz fundraiser to support the work of Street Smart Australia, and our Australian teams made donations to support local charities. In Melbourne, we donated to the Ascot Vale Heights’ campaign to raise funds for a new bus to connect the children of the school with the community. Over in Sydney, a a donation was made to support the vital work of Bear Cottage - the only children’s hospice in New South Wales.

GLAS Foundation and our LGBTQIA+ Network were due to host a fundraiser and awareness session to support the rebuilding of their community hub in Sofia after it was vandalised earlier in the year. Unfortunately, the event wasn’t able to go ahead as planned, but we’re working with GLAS to reschedule for January.

Our BG team donated a selection of didactic games to The Center for Support of Children and Families, in Kulken. The team also purchased medicines for the treatment of puppies in the Municipal Shelter for Stray Dogs, in Plovdiv.

And finally, our talented BG colleagues raised funds through a bake off event and Christmas card/origami workshop. The funds were sent with an additional RG contribution to the Red Cross to purchase food for 18 isolated, elderly people and purchase mobile air conditioning for the Centre for Family accommodation.

A team of UK RG’ers reached the semi-finals (or so they say) of a 5-aside football fundraiser with a donation to support the work of Tackle Africa who use football to deliver HIV and sexual health information to young people in Africa.

Our Women's Network also organised A ‘lunch and learn’, and Christmas quiz with the Young Women’s Trust who support young women in the UK into work, and are one of the charities supported by our Women's Network. Following the event, our UK Client Success Team also made a donation to YWT as a gift on the behalf of our UK clients.

And, we hosted an end of year raffle with a range of prizes up for grabs for anyone who bought a ticket. Combined with a bit of extra funds from RG, a donation was made to Little Villages who provide toys and clothes to children in the area local to our UK office.

In the US, RGers did an incredible job of organising a collection (and delivery) for Christmas gifts for families in Boston and Rochester. The team identified two families in need of a bit of extra support over Christmas through the ‘adopt-a-family programme’, and were sent two wish lists of gifts that were fully fulfilled in time for the festive period.

The final donation was over saw more than two car loads of fully wrapped presents being sent to their respective destinations.

We Are Human Week is one of my favourite things about Reward Gateway. It’s a time for us to put our actions into words and recognise that we are part of a bigger picture.

A huge thank you goes out to every RGer who took part in an activity or event, and of course to those people and partners who organised. You are absolute heroes.

Whilst We Are Human Week only comes around once a year, community engagement is part of the DNA of Reward Gateway and very intwined with our Mission ‘to make the world a better place to work’.

You can check out some of the other ways that we create a broader impact through our Social Value Strategy and if you have any questions feel free to reach out to me on Linkedin. 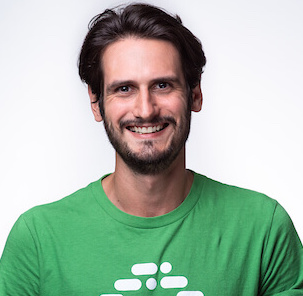 Rob Marsh is RG's Community Innovation Lead. He spends his days thinking about how to enhance employers' approaches to Corporate Social Responsibility, whether that's through leading volunteering initiatives or working with not-for-profits to launch their own employee engagement strategies and playing with his two cats, Taco and Iggy.

How RG celebrated our 'We Are Human' value this holiday season

RG recognized in more than two dozen awards for Excellence in Human Resources!

Gladys Elskens is our Product Content Writer at Reward Gateway. When she's not writing, she's buying more books than she could ever read or snuggling with her two cats, Monty and Styles.